The UK government has nearly finalised a requirement for all organisations with more than 250 employees to report on gender pay gaps. But if the motive for the legislation is to name and shame, and the motive for adhering to the legislation is merely to be compliant, is this really adding value to our businesses and our society? This was the topic of discussion at the London HR Connection, held 7th June 2016.

Are we being too simplistic? Janet Walsh, Professor of Human Resource Management and Employment Relations at King’s College, London, cited Professor Alison Wolf, who said, ‘Demanding that companies publish pay statistics will do nothing whatsoever about the things that are really a problem for poorly paid women and which have nothing to do with widespread overt pay discrimination, for which there is no evidence at all any more anyway’.

Show us the stats! 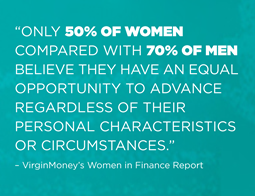 A recent U.S. study found that if you are under 40 years old, there is no gender pay gap and women currently outnumber men at university. However, it is when earnings over time are examined that the pay gap emerges. Chris Charman, Principal of Mercer, referred to a study titled, ‘Dynamics of the Gender Gap for Young Professionals in the Corporate and Financial Sectors’ by Marianne Bertrand, Claudia Goldin and Lawrence F. Katz, which states, ‘Although male and female MBAs have nearly identical (labor) incomes at the outset of their careers, their earnings soon diverge, with the male annual earnings advantage reaching almost 60 log points at ten to 16 years after MBA completion’.

What is causing the gap?

The cause of the gender pay gap is open to debate and could be any one of, or a combination of, the following:

One of the nuances I had not considered is that an organisation achieving equal pay can still have an equal opportunities issue if women are not progressing to senior roles.

Legislation does not provide insight.

Chris' recently completed study found that organisations are not monitoring, and are therefore not changing, key behaviours. For example, his study found that only 26% of his sample of £1bn market cap companies were analysing the progression within the workforce, and only 11% were analysing starting pay. If your starting salary is lower than a peer, it can take years to balance out – if ever.

15 out of the 17 organisations he spoke to stated that their focus for the immediate future was in giving access to Shared Parental Leave.

Although sceptical about the depth of the legislation, Cy Murray, Global Head of Reward and HR Policy at Apollo Tyres, compared it to Pension Auto Enrolment as a simplistic, perhaps blunt instrument, but an overall positive for employees.

The panel pointed to Norway as a society that, through complete transparency on pay, has removed pay as an issue. (I still remember signing an employment contract which was clear that sharing information about your remuneration was an abhorrent crime!)

Cy comes from an optimistic position that people do not set out to be discriminatory, and her belief in a symbiotic relationship between the company and the employee is supported by a commitment to clear communication. It means having the ability to ask, “Why is this the right pay?” and receiving an honest answer. In order to have those conversations, she separates her people into different parts of the workforce and pinpoints the roles’ value contribution to the company.

She then cross references with the pay system of the organisation: are we medium payers? Are we low salary high benefits payers? How scarce are the skills and what – fundamentally – can we afford!?

Cy’s practical advice was that she would like to see:

Michelle Maynard, Director of Talent and OD at Aviva, is concerned with the underrepresentation of women in decision making roles. Her approach to addressing the gap is through better management of talent throughout the organisation. Michelle is passionate about creating a positive flexible working culture for everyone and unconscious bias training throughout her organisation. She referenced the Women in Finance report by Jayne Gadhia, CEO of Virgin Money, which identifies that, ‘Only 50% of women compared with 70% of men believe they have an equal opportunity to advance regardless of their personal characteristics or circumstances’.

The review suggests connecting the pay of the Exco with certain diversity targets. Bold indeed, but speaking to the truism that if we do not measure it we do not manage it.

More short term wins were also suggested. Chris highlighted a great alternative approach to high-potential talent pooling where the women are put in automatically and have to be argued out of the pool, while the men have to be argued into the pool. He also spoke about ‘feeder’ roles, those moments in a career where there are specific opportunities to perhaps move laterally to pick up skills and experience that will lay the foundations for senior management roles. His evidence shows that women are not represented equally in these roles with the knock on effect showing in the subsequent years.

What is the value to the business?

There are hidden issues that this legislation does not address – the 32% pay gap between part time and full time women, the fact that society undervalues the typically female roles such as Caring – but the overall consensus was that it is better than nothing!

To drive value into an organisation, diversity and inclusion is essential, not just gender balance. We need to connect the dots between diversity and business performance so that it is not a compliance debate but a value debate.

Thank you to the panel, London HR Connection and to King’s College, London, The Strand.