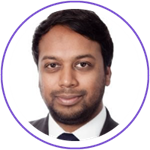 Diversity and inclusion (D&I) has been rising in prominence as today’s financial and professional services organisations are increasingly moving toward a global workforce. Companies realize that aside from the societal benefits of bringing together employees of different races, genders and backgrounds, it also improves financial performance.

To appeal to these workers, it is important to focus on gaps that might exist in sourcing strategies, taking into particular account the effects of new transparency laws such as the General Data Protection Requirement (GDPR) and mandatory pay gap reporting.

The U.K. government now requires companies employing more than 250 people to report on gender pay gaps, and has followed that up with a consultation on proposed ethnicity pay gap reporting. HM Treasury launched the Women in Finance Charter in 2016 as a pledge for gender balance across the U.K.'s financial services sector. Despite widespread enthusiasm and participation, the first results published by the Office of National Statistics showed that looking at the averages of pay across the main occupation groups, when comparing the population of men versus women, the difference weighs in the favour of men – starting from 4.8% disparity in customer service and sales jobs and reaching 23.9% disparity in skilled trades.

But companies are still committed to improving the situation. For instance, we at Cielo are working with Societe Generale, a French banking organization that aims to increase the proportion of women in senior roles within its U.K. operation. To achieve this, there is a drive from the business, HR and talent acquisition to attract and retain talented women.

Results are not in yet from the government’s study on ethnicity pay gaps, but several large U.K. companies pledged in March 2019 to implement voluntary reporting. These included Lloyd’s of London, the Bank of England, KPMG, Deloitte, EY, Citigroup, and a range of other businesses. The government has set a precedent by publishing its first Civil Service data report incorporating ethnicity as well as gender gaps, but it will take time for widespread data collection to be implemented and published.

Closing these pay gaps is an important step to attracting diverse candidates. But to know how to fix the problem, you need to know the extent of it. Companies should be doing their own data collection and analysis, going beyond the government’s general findings to focus on how their organization is doing specifically. This will help identify problem areas to address. However, the drive to collect information must be carried out in line with GDPR and every individual's right to privacy. The truth is that many people are reluctant to provide personal data for public records (organisations are no different, especially if they feel they are being shamed into public exposure). Overcoming GDPR and ethical reservations might require incentivising data collection, although if not done carefully this could raise its own moral quandaries.

Business growth and success is becoming increasingly linked to data transparency, and to what extent D&I is reflected in a company's policies. Employee referrals, for instance, are an important source for new hires, but too often it results in a ‘like-for-like’ scenario of bringing in similar employees who don’t increase diversity. Businesses should therefore be looking at how to create a successful referral programme that achieves true D&I.

Transparency and reporting (or lack thereof) could become a way to point a finger at organisations that fail to embrace the importance of data. This would drive diverse candidates away and make recruiting them even more difficult. It will be the companies that have the right HR tools and dashboards in place to be able to collect data and track results that will enjoy true D&I and the many benefits it brings.

Rishi Bajnath is responsible for driving positive process and platform transformation across the recruitment cycle and strategic direction and innovation on key recruitment challenges, such as D&I. Connect with him on LinkedIn.

View this webinar replay to learn the importance of prioritizing diversity & inclusion, current D&I trends and steps organizations can take to achieve their D&I goals.