Is Recruitment in Japan Going to Get Easier?

One of the more unexpected lessons I was given when I started work in Japan was the concept of bowing whilst talking on the telephone to a client. My objection that the other person couldn’t see me was met with, “if you’re talking in Japanese, they will know if you’re bowing or not.” It’s a wonderful concept. It’s a wonderful place.

But anyone from the West who has done business in Japan will tell you that it’s also a very singular place. It does not operate along Western business lines to the same extent that many other developed non-Western countries do. For a start there is the language – it’s very difficult to master, no other countries speak it, and English can’t always be relied upon as an alternative, as it can in most other large economies. 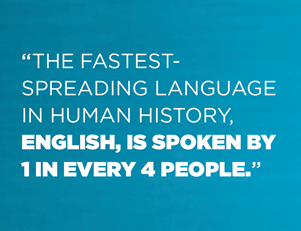 So when Rakuten made the bold move a few years ago to become a business that operated exclusively in English it came as a shock, both to corporate Japan and to those of us who have lived and worked there. I must admit I never thought I’d see the day. And this excellent article in the Harvard Business Review comments on the success that Rakuten have had, but also the many change hurdles they have had to cross. It’s clear to see that there were winners and losers in terms of their existing employee base, as those with solid English skills immediately had an advantage over their colleagues. Was it a fair thing to do? You could argue that it wasn’t, but they felt they had to do it to prosper in their global marketplace.

From a recruitment perspective, it will be fascinating to see whether this process of ‘Englicization’ eventually opens up the Japanese market more. It’s not that the big Western recruitment organisations aren’t present in Japan – they are, especially in Financial Services. But they don’t have their usual level of market penetration, and they don’t often get to play things their way.

For the Recruitment Process Outsourcing industry, a global solution for an international client often features Japan as a kind of awkward cousin – different fees (higher!), different service levels (easier!), different expectations (lower!). And sometimes it is left out of the solution altogether. It’s just a reflection of how hard it can be to conduct business there in anything other than the time-honoured Japanese way. Because that way does not easily fit into a global standardised delivery model, at least for RPO.

So I doubt that the Japanese will ever stop bowing to each other over the telephone, and why should they, but my hunch is that more companies will start following Rakuten’s lead. And those recruitment providers who already understand the Japanese business landscape will be rewarded with better access to a huge and still dynamic economy.

Post contributed by Andrew Manning, Senior Vice President. Connect with him on You can LinkedIn.