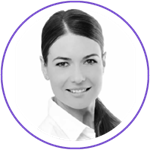 By its very nature, a merger adds value through potential savings for the company, new revenue streams and added resources. Most executive teams do thorough research before even considering a merger agreement, and they generally work very well on paper. But mergers still fail – and frequently at that.

The inherent potential for failure has given rise to a new corporate condition. And it's the scourge of executive teams the world over. We call it "Merger-Phobia," and it's caused by a wide variety of factors. Here are a few suggestions that could help beat merger-phobia and work toward a smoother transition.

Symbiosis is, ultimately, the desired outcome of any merger. The arrangement is designed to save costs and increase profits for both parties. But beyond that, even more value can be gleaned from a positive approach to combining the best of both worlds.

New ideas, innovation and best practice policies can be interchanged, depending on what works best for the combined entity. Customers can benefit from solutions that were never present before, and technology within the companies' systemic environments can be reinvented and greatly enhanced.
But all of that begins with a clearly defined strategy and a structured approach. What is the vision and end goal for the merger? And where should leadership begin in working towards these? While it may sound like a simple solution, so many executive teams get caught up in the finer details and paperwork behind the merger that they completely lose sight of the bigger picture.

Once the ultimate vision and goals are defined, leadership roles must come next. Clearly defined roles mean less dissention in the ranks, and if dissention does arise, those who are not satisfied can review their roles before it's too late. A team that's strategically on the same page can give rise to a winning collaborative culture.

Corporate cultures emerge exponentially over companies' life cycles. Culture is something that is prized and respected within an organization, and mergers are all too often perceived as culture-killers -- a destructive force that sweeps away the comfort that comes from walking into a familiar environment every day. But this needn't be the case.

Integration of two different corporate entities, when treated with sensitivity from both sides at leadership level, can quite easily become a mutually beneficial marriage of two great minds. If leadership establishes from the outset that the end goal is to integrate the best of both worlds and remove the negative facets on either side at the same time, a cultural meld can only be a positive thing. There's no overnight solution to integration. Expectations must be managed from the top down. And a formal consultation process among staff is an absolute must, in order to iron out any potential stumbling blocks during the integration process.

Refitting an organisation based on a merger should not be a chore. It's an opportunity to streamline and optimise leadership selection processes and internal structures, to take a fresh look at what's working and what isn't. When the stars align and it's done right, the merged entity should come out as a force to be reckoned with.

Strategic alignment will see worthy people from both organisations stepping up and taking on more responsibility. It will see new job titles that fit better being created, with roles that may be similar but are better defined and bigger than they were before. Aligning strategy to structure also brings inefficiencies out of hiding, so that you can eradicate them and increase productivity even more.

The internet is always abuzz with news of mergers and acquisitions on every possible scale. And the pharma sphere has been particularly busy in 2019 with a few massive industry shake-ups and potentially industry-changing partnerships in the works. Two of the most talked about are the Bayer/Elanco and AbbVie/Allergan mergers. These are set to become important case studies in the future of mergers and acquisitions, and we've been watching them quite closely.

Bayer/Elanco: The marriage of Bayer and Elanco could spawn one of the largest animal health conglomerates in the world. But there are many dimensions to be considered when we discuss this merger try to take lessons from it. While it could create a new industry giant, Elanco is in debt to the tune of approximately $2.5 billion (as observed in their annual report). The report also indicated that Elanco may not have the capacity to cover the debt.

This means that Bayer is likely to retain majority shares once the merger is complete. And with Bayer reeling from its $63 billion Monsanto purchase, the company is laying off up to 12,000 staff members and struggling to make ends meet. Leadership from both camps seems confident that the merger will create value. And without finer details being disclosed by the executive team, it's too soon to surmise how the partnership will pan out, but there are doubts as to its viability.

AbbVie/Allergan: AbbVie's $63 billion purchase of Allergan (the second-largest pharma merger of 2019) was, initially at least, the subject of much uncertainty in the industry. When the deal was announced, AbbVie's stock fell 16% on Wall Street while Allergan's shot up 25%.

Allergan is primarily reliant on Botox as its money-spinner, but the merger will provide AbbVie with access to products that could help shift its most powerful revenue stream exclusively from rheumatoid arthritis injection Humira – the top-selling drug in the world. And Allergan will be able to compensate shareholders after a continuous downturn in share prices, thanks to AbbVie's generous offer of around $188 per share.

The combination of the two companies could potentially be a good fit. AbbVie will be able to expand into more diverse treatment areas – specifically aesthetics with Botox and other cosmetically-tilted products. As a luxury treatment area, aesthetics is a fairly stable bet, because it's not subject to insurance conditions and the pricing is fairly standardised.

The pressure is still on, though, with investors primed to see a big boost in product innovation and revenue, even as cheaper alternatives to Humira and Botox beginning to emerge.

To thrive before, during and after a merger, you will need to:

Where Cielo comes in

Cielo’s Executive Search division has been servicing Life Sciences businesses across the globe since 2006. In addition to helping them navigate some of the challenges described above through benchmarking and strengthening their leadership teams, Cielo’s research and insight services support our clients with the information required to make important decisions on talent, diversity, compensation & benefits and market/product entry strategy creating competitive advantage through data.

Connect with Dunja Heitmann on LinkedIn.

While mergers and acquisitions continue to soar in the healthcare industry, the expected cost savings remain elusive. Here are three ways HR leaders can prepare for M&A that could help smooth the transition and increase efficiencies.