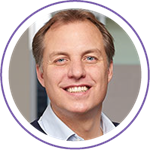 In preparation for a possible global economic slowdown, organizations would be wise to think about how best to structure their talent functions to remain effective, efficient and ready for any change in business conditions. Seb O’Connell, President EMEA & APAC, shares his insights with the Global Recruiter to help companies prepare for challenging times.

What keeps CEOs up at night? If I were to hazard a guess, I’d say these days it’s all the warnings from economic forecasters that conditions are ripe for a financial crisis that will be followed by a global recession.

The clouds on the horizon have been collecting for some time. In 2018, the German economy – the largest in Europe – grew by just 1.5%, marking its weakest rate of expansion in half a decade, and there have also been signs that the Chinese economy is slowing. , At the end of 2018, in a survey of U.S. chief finance officers, nearly half said they believed the nation’s economy would enter a recession by the end of 2019. In Britain, the Bank of England recently warned that there is a 1 in 3 chance the U.K. economy will fall into recession at the start of 2020, and several financial commentators have shared a similar outlook.

In preparation for the global economic slowdown, organisations would be wise to investigate how they could realistically reduce their fixed overheads. One way to do that is to review the cost of in-house recruitment. Over the past few years, many organisations have been hiring for their HR functions with a view to bringing it all in-house. However, it has been my experience that when the economy struggles, organisations don’t act quickly enough to review how their requirements during lean years might affect what they need from their recruitment teams. Often, the team is maintained but has a reduced workload, making it expensive and inefficient. Sometimes the team is asked to take on roles that are outside its area of expertise, which can negatively impact the quality of work while the organisation still carries the burden of the fixed cost.

From deciding whether Recruitment Process Outsourcing (RPO) can help your organization to staying up to date on the latest talent trends, everything you need to start planning your 2021 talent acquisition strategy is here.

Darren Simons shares strategies for talent acquisition teams to help them navigate the next economic downturn.