Our people drive our success. To boldly change the way the world views talent, we require smart, exceptional people who take ownership of accelerating their careers. 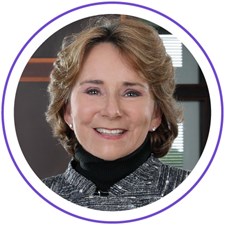 Cielo Founder and CEO Sue Marks has been recognized as the top large business leader in the Milwaukee area by the Milwaukee Journal Sentinel.

Fifteen special awards honors in 13 categories were announced as part of the Journal Sentinel's 2022 Top Workplaces for Southeastern Wisconsin program.

This year's winners exemplified innovation, leadership, meaningfulness and other attributes that have helped employers cultivate a desirable and fulfilling workplace for their employees and customers. Special awards recipients are chosen based on standout scores that are determined from employee responses and survey statements.

Cielo has recently earned several distinctions for its company culture, including the 2022 Top Workplaces USA Award from Energage, which is based on employee feedback and measures 15 culture drivers critical to the success of an organization. This marks Cielo’s second year receiving the honor, and it now ranks in the top 17 nationwide when compared to companies of similar size.

In April, Cielo also received an Employer Support of the Guard and Reserve (ESGR) award after being nominated by Nick Boehm, IT Application Support Manager and active Chief Warrant Officer 2 in the Army Reserve, for the support the organization has given him over the years. After several rounds of review, Cielo was ranked as the #1 large employer in the state of Wisconsin for support of Guard and Reserve members.

The award recognizes innovative and transformative HR leadership that has a significant impact on creating disruptive talent strategies and solutions.