What to Make of the Current US Talent Market 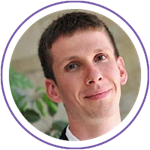 This article was published in June 2020.

When the United States Bureau of Labor Statistics (BLS) released their Employment Situation report for May – which showed that the US economy added 2.5 million jobs and unemployment decreased – many experts were left scratching their heads. The state of the labor force was already at an unprecedented level of unknown, and the most recent report did more to add confusion than reduce it, with evidence of a classification error made in the report. To make a long story short, no one has a strong grip on what the employment situation is in the United States right now. So instead of trying to make sense of it all, let’s take a step back and consider what we can understand so we can navigate these bizarre talent market dynamics.

The best estimates, according to the BLS, are that over 21 million jobs were lost during March and April. We also know that 47 million people have filed first-time unemployment claims since the COVID-19 pandemic started and that about 19 million are still claiming unemployment. These are all numbers we haven’t seen in over 100 years.

Hourly workers have been the hardest hit by layoffs. The hospitality sector alone lost 8.2 million jobs between March and April. In May, it brought back 1.2 million jobs (which is good!), but that still leaves a net seven million hospitality jobs lost (not good). And large numbers of hourly workers across other industries have lost their jobs, too.

Even the healthcare industry – the most essential during a global pandemic – shed roughly three million jobs in March and April as systems paused non-urgent visits and procedures to support physical distancing guidelines and brace themselves for treating patients affected by the disease. A positive sign for healthcare is that 424,000 jobs returned in May, and it’s easy to envision the industry bouncing back fairly easily as non-urgent visits and procedures pick back up.

The most challenging group of unemployed workers to understand clearly are the 15 million or so Americans on temporary furloughs. While the exact makeup of workers on furlough is unknown, we can estimate that many of them are salaried workers. The confidence these workers have that they will return to their previous jobs is actually really high. Eighty percent of those temporarily furloughed expect to return to their job.
But history tells a different story, and the University of Chicago’s Beck Institute estimates that 42% of those temporary furloughs will turn into permanent job losses. That said, using history as a guide might not be the best tool here since we’ve never seen an employment situation quite like this before. The United States went from 3.5% unemployment to ~15% unemployment in a matter of weeks.

What does this mean for recruiting?

With the number of job losses and record unemployment, it would be tempting to think filling open roles would be fairly simple. But in recruiting, you seek to hire the right talent, not just the first available talent. And historically, higher unemployment has led to more active candidates. But once again, this situation is unprecedented and complicated, especially for hourly workers.

For example, according to Talroo, Every state has seen a decrease in the number of jobs posted and the number of clicks posted jobs receive. States like New York and Illinois experienced a decline of more than 50% in jobs posted and yet even with fewer jobs open, there are fewer clicks per job. So there are less jobs available, and those that are available are getting less engagement. This tells us that job-seeking activity is down. This could be due to furloughed workers’ confidence in returning to their previous jobs. Strong unemployment benefits and unease about the safety of returning to work could also be factors. But even with a severe lack of active candidates, there’s a way forward for talent acquisition teams.

So…what can we do?

While there are still many unknowns and the employment situation remains fluid, there are ways for employers that are hiring right now to make the most of the situation, taking into account tight budgets and/or strained resources.

One place to start is looking at your Employer Value Proposition (EVP). Employee and candidate expectations are not the same as they were even four months ago. Update your EVP to ensure it resonates in today’s environment. Between the pandemic and the ongoing unrest and conversation about racial inequality, you need to be reaching out to your employees, listening, and asking for feedback to gain an understanding of what matters most to them when it comes to what they value from their employers.

Candidates pay close attention to how companies treat their employees and how they’re responding to the current issues. They view this as a direct reflection of your corporate culture. So when large employers like Target announce that they are raising wages and giving front-line workers a bonus, candidates see how they value their employees. Hourly workers have choices with where to work right now. An authentic corporate AND employer brand that responds to today’s climate establishes a competitive advantage in the recruitment of this sought-after talent.

Other recruiting assets and activities that you should work on right now include your career sites and online advertising. Update the copy and content on your career website to be open with your candidates about what is happening at your organization, what you’re doing, and how the hiring process may be different. Because it’s an owned asset, it only costs you time to make these changes.

You also can manage costs by focusing on the efficiency of the channels driving candidates to your career website. Given the strange mismatch between open jobs and hiring needs, the cost of marketing to available talent is actually going up, not down. Programmatic rules allow you to control costs while also capitalizing on the available talent. Even simple rules like turning off paid advertising once you have enough applicants for a job can help reduce wasteful spending. This strategy already was critical before, and the current talent market conditions have increased its importance.

The current employment situation is unlike anything we have experienced – or even imagined. The situation is fluid and unpredictable, and it looks to stay that way for a while. Unlike previous recessions and periods of high unemployment, we have a strange mismatch of unemployed talent and temporarily furloughed talent. Finding the right way to position yourself to the talent you need is going to be crucial to come out of the current economy and talent situation ready to thrive as a business.

The latest round of town hall discussions with Cielo clients focused on preparations for recovery and how organizations are staying focused on the health and engagement of their people. The insights shared in these discussions can help HR and TA leader...

Changes to how we recruit developed out of urgent need during the COVID-19 pandemic will likely bring about permanent adjustments. With markets and talent facing uncertain times, here are five predictions for talent markets and recruiting after the pan...