Talent Acquisition Leader Shares Why RPO is a Competitive Advantage

Entering into a Recruitment Process Outsourcing (RPO) partnership is a big decision, going far beyond making a few extra hires for a busy season or a new project. RPO means bringing transformative change – and improved performance – to your talent acquisition function.

Our Talent Acquisition 360 research shows that organizations that use RPO are more than twice as likely to rate their TA as effective than those that do not. Leaders at organizations who outsource their recruitment say RPO helps their teams deliver quality hires consistently and reduce time to hire while providing the flexibility to scale hiring according to business needs.

But even after great success, it’s natural for an organization to periodically reassess its RPO partnership. Perhaps they believe they have realized all the cost savings they can with RPO, or that they could now achieve the same results by bringing their talent acquisition function back in-house. Maybe a new leader has come aboard with a different vision that doesn’t include outsourcing. To get a sense of why a talent leader would choose to stay with an RPO partnership, we wanted to hear from one of our clients. 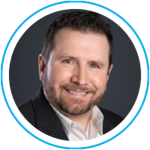 Victor Santillan is Head of Human Resources at Grifols, Biomat USA, a leading healthcare company that develops, manufactures and distributes plasma-derived medicines, operating in 90 countries worldwide with over 200 plasma donation centers. He joined the organization when the RPO partnership between Cielo and Grifols was already in full swing, with Cielo having helped centralize the company’s sprawling hiring process to bring in thousands of phlebotomists, donor center technicians (DCT) and other frontline roles. Victor says the results he has seen and experienced have convinced him that RPO remains the best path forward.

Cielo: You joined Grifols when the company was already two years into its RPO partnership with Cielo. What were your initial opinions on how it was going?

Victor Santillan: When I started looking at our KPIs for staffing in general – things like time to offer and time to hire – I knew exactly why we needed your help. We had quite a bit of turnover, which meant we weren’t always able to have the staff at our donation centers to collect the plasma we need for our products. This eventually started to affect our bottom line, so we needed a new system in place that would keep our talent pipeline full. But there’s a little bit of complexity as far as what we require in a skill set, so it wasn’t going to be a simple solution. Then of course there’s the volume of candidates we need, and the vast geographic distances between our centers. I didn’t have the internal resources to scale as quickly as I needed to, and I knew that an RPO was the way to go. I had worked with [RPOs] in the past. I hadn’t worked with Cielo, but I had a lot of colleagues who gave you pretty good reviews. That was my initial introduction to the relationship. I understood why we needed to have it, how Cielo was going to help us, and I understood the value that Cielo would bring to the table in terms of accomplishing our goals.

Cielo: Given the talent acquisition challenges Grifols was facing, what advantages did RPO bring as opposed to keeping TA in-house?

Victor Santillan: We were losing the battle just to get the candidate in the door, much less to get an offer to them, because we had no infrastructure to allow for that. So having Cielo as a partner, a company that does talent acquisition for a living, with the infrastructure, the systems, the resources in place obviously made sense for me. It was also nice to have a partner who could scale up when I needed them to. We were growing pretty fast at the time, and it was reassuring knowing that I wasn’t alone on the recruitment and talent acquisition side.

But just as far as finding candidates goes, having an expert to guide us in looking at how we present ourselves to the market was huge. We know the U.S. is not the same all over – candidates on the West Coast, East Coast and Midwest are looking for and respond to different things. Cielo helped us define how we would present ourselves to candidates and helped us build a process that allowed us to react quickly and bring in qualified candidates and start that conversation. It gave us an agility that we didn’t really have before.

Cielo: What impact has the partnership had on candidate experience?

Victor Santillan: All the relevant KPIs – time to offer, time to hire – have gone down dramatically, almost 50%. That alone tells you we’re moving ahead at a positive rate. And I read the reviews that come out, I talk to the people who have been onboarded by Cielo when I go out to visit our centers, and they’re quite satisfied with the levels of communication that we had with them. They like the levels of interaction we have with them. In terms of when it’s time to hand off the employee from Cielo to us, that process is quite smooth and solid. That’s why Cielo’s WE BECOME YOU™ promise was so important, because they work so fluidly with us, knowing our culture and living our values, that the candidate just believes they’re talking to us the whole time even when it’s technically a Cielo employee. All of that points to a better experience for the candidate.

And then once the hire is made, being able to have Cielo as a partner to let us know how we’re doing and connecting with our hiring managers is really great. That requires a lot of time and energy to do that, so having Cielo act as an extension of me and my department, being able to have the dashboards necessary to be able to look at what we need to prepare for, tweak, or modify is obviously beneficial as well. When I came in, we did not have the organizational structure to have that level of technology available to us.

Cielo: Let’s talk more about technology. How important is Cielo’s ability to find and implement new recruitment technology to the success of the partnership?

Victor Santillan: I think this is where the most value comes in partnering with an RPO like Cielo. We have internal challenges that compete with each other, and sometimes that doesn’t allow us to adapt or to migrate technologies as fast as we want to. Whereas an RPO, because it’s outside of the infrastructure, can certainly be more agile and respond a lot quicker. That has been the case with us. Cielo has plugged in a lot of new technology to make things faster, quicker, better. So that has been very beneficial. This agility, it’s a good model for us to follow internally as well. We can point to some of our internal teams and say, “Hey, Cielo did this in two weeks. It’s taken us three years!”

Cielo: What is it about the working relationship you have with Cielo that makes it so effective?

Victor Santillan: Truthfully, other companies I’ve worked with have been pretty rigid in terms of how they work with their customers. They impose their processes on you instead of adapting to how you do things, but that has not been the case with Cielo. They truly work with us to solve the problems we’re facing, and to engage with us in solution-based conversations that help us deal with stuff like retention, engagement, referral bonuses. Adapting to our needs shows me that Cielo is a truly dedicated partner for us as an organization, and that we’re not just another line on their vendor list. That has gone a long way in terms of establishing the trust necessary from other leaders in our business to look at Cielo as a true partner. We might have had some struggles at first, but the fact that Cielo is willing to work with us and adapt and modify and change is really telling. I’m sure it was not easy for them, because it certainly wasn’t easy for us. But they get us to the ultimate solution, and that shows that this is a viable relationship we can carry forward.

Cielo: There’s been a lot of talk about the state of the economy. Do you think RPO is a better bet in an up economy, a down economy, or does it make a difference?

Victor Santillan: To me, it really doesn’t matter. I look at the relationship in terms of how it’s making an impact at the beginning, during, and at the end of the employee lifecycle, and how we’re impacting the business in a positive way. If it costs us a little bit more money to bring in a qualified candidate who’s going to allow us to deliver a better customer experience, to bring in more plasma, that certainly justifies my position in using an RPO. This is especially true for us as we’re trying to capture as much plasma as possible, and you need to have the right mix of staff to respond to market demands.

Cielo: So you’re taking a longer-term view rather than just considering how to cut costs and resources when the economy is down.

Victor Santillan: All the relationships I’ve had with RPOs have been for the longer-term, never short-sighted. It’s not like contracting a temp agency and saying I need you to bring me 500 people for a particular project. That’s just not the case. This is a true partnership of creating a story that’s presented at the front end to the candidate, having the infrastructure to support it in the middle, and then having the connection for the employer on the back end to be able to help support and react to whatever the business throws at them.

Cielo: What is some advice you would give to companies that have been in an RPO partnership but now are considering bringing their talent acquisition function back in-house?

Victor Santillan: I would say to be as honest as possible as to what you’re short-, medium- and long-term goals are so that the RPO can serve you accordingly. Being as truthful and transparent as possible in terms of the needs is so important, even if that creates some tension and conflict within the relationship itself. That’s what happened initially with ours – there were some pretty good battles going on in terms of ideals and change management, how we execute versus how Cielo was going to do it. But that conversation is quite productive and should be had. In my experience, a lot of companies aren’t as transparent as they need to be. But why not be as transparent as possible with a vendor that’s going to be your partner, because ultimately the more that they understand the organization, the more they know you – good, bad or indifferent – the more they’re going to be able to help you.

Cielo created a new structure for Grifols that delivered a streamlined talent acquisition function for a consistent process and experience for candidates and hiring managers.

Steven Wiseman, Director of Talent Acquisition at UCSF Health shares his perspective on the talent acquisition challenges and opportunities the organization has faced.