So what’s with all these candidates “ghosting” us lately?

Perhaps you’ve heard of or read an article about a rather perplexing phenomenon, where job candidates at some point just ditch the hiring process without any warning to the recruiter or hiring manager. No longer is it mainly people failing to show up for the first interview, which always has been an issue. Now candidates are ghosting much later in the process, sometimes even after accepting an offer.

“Ghosting” was already a cool, catchy term for when this happens in personal relationships, so it’s easy to apply it to a professional situation as well. Real numbers as to how many candidates “ghost” are hard to come by, but it’s something that comes up repeatedly as a concern for many HR leaders I’ve met with. It’s important to ask why this keeps happening, and what we can do to prevent candidate ghosting.

How to prevent ghosting

While we haven’t always had such a cool name for it, candidate ghosting has been around for as long as people have interviewed for jobs. And regardless of the state of the labor market, it probably always will be. It’s never easy to take, but it’s better when you know you did everything in your power to keep it from happening. You can leave the experience confident that the candidate’s reasoning must be, “It’s not you, it’s me.” 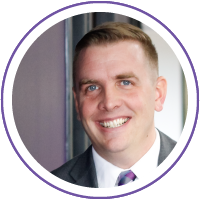 Read more on how to treat candidates in Cielo's "The Definitive Guide to Candidate Experience."

While technology has largely improved the candidate experience, it is important to use it the right way to ensure it is a force for good in your talent acquisition strategy.

Learn proven tactics on how to improve your hiring manager relationship in this webinar replay. Maximize your talent acquisition and candidate experience strategy.